We are out to change the world,
one note at a time.

Our mission : To reinvent the role of classical musicians in society by giving them the power to collectively increase their impact on the world through their talent and commitment.

The Orchestre de l’Agora (OA), under the direction of Nicolas Ellis, is a multifaceted musical collective that is reinventing the role that classical musicians play in their community by focusing on their talent and commitment. Our musicians, who are young professionals from the Montreal area, are among the finest of their generation. Through their music, they actively take part in our bold concerts and outreach efforts. Together, we are out to change the world, one note at a time.

Since it was founded in 2013, the Orchestre has had a twofold purpose: to showcase art and classical music, and to contribute to society. Much like its founder, Nicolas Ellis, the Orchestre is focused on the core values of initiative, collaboration, commitment, impact, and boldness. These values have been reflected in the Orchestre’s many undertakings over the years. Artistic projects have given the Orchestre the opportunity to join forces with such writer-composer-performers as Philippe Brach, as well as with established classical musicians like Andrew Wan (OSM) and Martin Chalifour (LA Philharmonic). Some of Canada’s greatest soloists—including Kerson Leong, Charles Richard-Hamelin, and Valérie Milot—have performed with the OA. The Orchestre has also presented innovative opera projects—notably the horror opera The Turn of the Screw by Britten in 2018-2019, recorded by ICI Musique. Several producers are calling on the OA to take part in their events, including the Bach Festival, the OSM Classical Spree, Spectra, Orford Musique, Festival Lachine and Concerts populaires de Montréal. In February 2020, the OA was the orchestra in residence for an orchestra clinic on the bel canto repertoire, in collaboration with the Atelier lyrique de l’Opéra de Montréal. The Orchestre recorded the soundtrack for the film Brad’s Status with Ben Stiller (2017) and also performed on the CD Le silence des troupeaux by Philippe Brach.

From season to season, the Orchestre has continued to evolve in a most astonishing way. While its very first concerts came together through the efforts of a handful of musicians convinced of the power of music as a tool for social change, the Orchestre has since been able to shine a spotlight on their talent and award them with over $200,000 in bursaries and fees. The Orchestre has also contributed tens of thousands of dollars to local community organizations, by giving concerts to raise funds for them. Since 2013, the Orchestre’s musicians have given music lessons and free performances for hundreds of underprivileged children, through a partnership with the music program of the Share the Warmth Foundation and Les Porteurs de musique. In April 2020, the Orchestra donated $138,000 to Earth Day Canada, the Sierra Club Foundation Canada and the Nature Conservancy of Canada as part of the Gala de la terre, a fundraiser to protect the Gulf and Estuary of the St. Lawrence River. 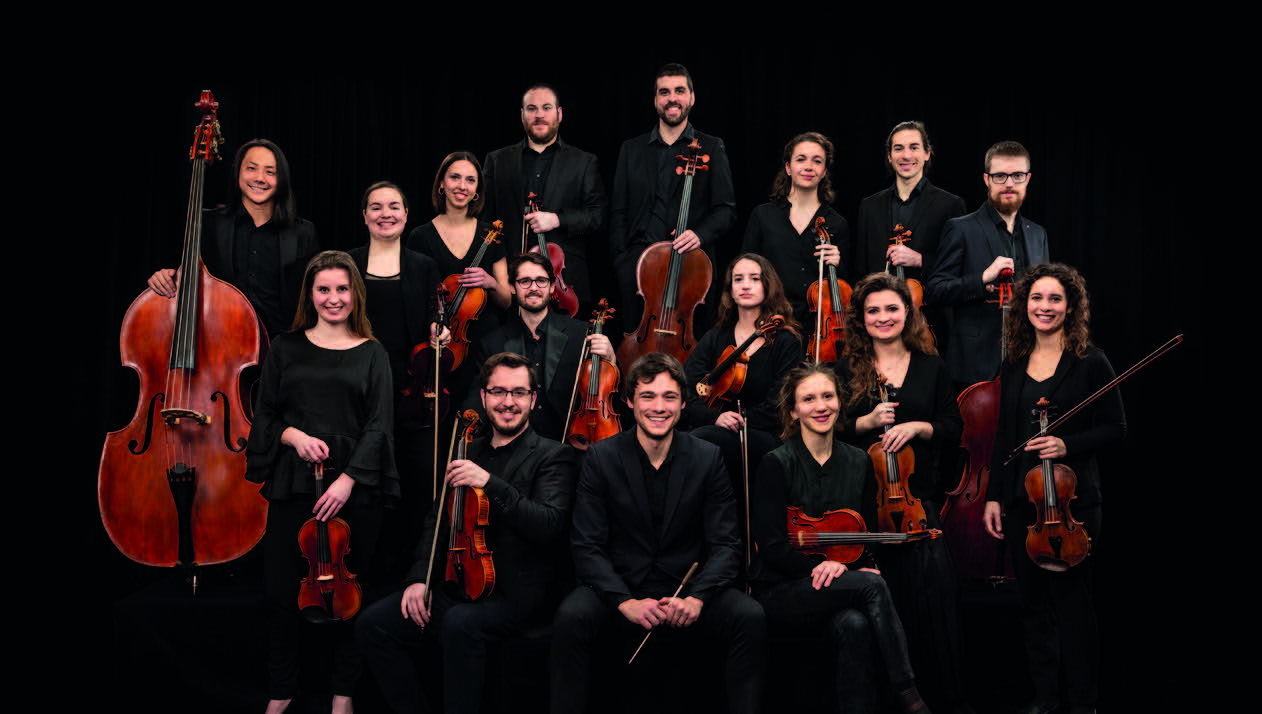 “Such a convergence of talent displayed both by the conductor and the musicians […] can leave no one unmoved. […] What was presented to us […] was powered by the blind faith and hard work that characterize young musicians. […] I was almost in tears as I could hardly believe what I was hearing. […] We’ll certainly be following the Orchestre de l’Agora in the future, […] as it brings a breath of fresh air to our musical landscape.”

Fast Facts about the Orchestre

The Orchestre de l’Agora is a social orchestra that seeks to position today’s musician as an agent of social change within the community.

Nicolas Ellis, Artistic Director, Radio-Canada “Revelation” for the 2018-2019 season. Currently the artistic partner of Yannick Nézet-Séguin and the Orchestre Métropolitain.

Since it was founded in 2013, the Orchestre has given over $175,000 to humanitarian & environmental organizations and has awarded over $200,000 in bursaries and fees to young professional musicians.

The OA is seeking to develop an entrepreneurial spirit in its musicians through training and mentorship, to better equip them for their careers and to make a difference in society.