Third Thursday of each month

11 concert-workshops will be held for prisoners

The Orchestre de l’Agora (OA) has partnered with the Montreal detention centre (Bordeaux Prison) where it will hold 11 concert-workshops over the course of the 2021-2022 season. Bordeaux Prison is the largest of Quebec’s provincial prisons (maximum capacity of 1,357 defendants/inmates), housing male prisoners sentenced to less than two years’ imprisonment and defendants awaiting trial. The goal of the OA’s concert-workshops (one per month until July 2022) is to use music as a tool for social rehabilitation—an idea that is in keeping with the OA’s mission, which consists of reinventing the role classical musicians play in their community by focusing on their talent and commitment.

Ensembles made up of two to four musicians from the OA have worked with Conductor and Artistic Director Nicolas Ellis to develop programs of about 60 minutes in duration, which they will perform and explain to the inmates. These concert-workshops, held in the prison’s chapel, will foster reflection, discussion, and sharing. To date, the orchestra has presented two concert-workshops at Bordeaux, in June and September 2021: the results have been both conclusive and moving. Classical music has been acknowledged to benefit mental health and foster social harmony, hence the interest in reaping these benefits in the prison setting.

A meeting between Nicolas Ellis and Stéphane Roy (chaplain at the Montreal detention centre) led the Orchestre de l’Agora’s team to visit Bordeaux Prison. From an inmate’s cell to the chapel to the gymnasium (where the team had a chance to speak to some prisoners), this first trip to the prison confirmed the relevance of establishing a series of concert-workshops at Bordeaux. The OA presented its first concert-workshop on June 16. The presentation took place before some fifteen inmates, who listened attentively and demonstrated their openness to the art form, which was new to many of them. Following this experience, characterized by open and straightforward dialogue, all of the OAs musicians expressed an interest in taking part in the project.

A moment of discussion

The regularity of the concert-workshops will make a bigger impact on the inmates and give a greater number of them a chance to reap the benefits. Classical music eases tension by reducing stress while fostering calmness and introspection; the concert-workshops will have a positive influence on the atmosphere in the prison, among other advantages. Music will be used as a tool for social rehabilitation, developing an openness to others, better listening, and a sharing of feelings and emotions. Music is one of the best tools we have for building bridges, a form of universal language that reaches across social barriers. As Hans Christian Andersen said, “Where words fail, music speaks.”

A break in the day-to-day routine

Over the past year, everyone to some extent has experienced the impact of confinement, both physically and mentally. The pandemic’s repercussions in the prison milieu were even greater, as visits were often quite limited. The introduction of concert-workshops gives inmates an opportunity to undergo an experience that goes beyond daily prison life, approximating what people on the outside have a chance to enjoy—an experience they can later share with their friends and family during visits. These hours dedicated to music can inspire inmates to want to do better on the remainder of their journey; they are a strong agent of rehabilitation. The Orchestre de l’Agora and its Artistic Director Nicolas Ellis are thrilled at the idea of developing this social project with such great potential, in collaboration with the Montreal detention centre and its chaplain Stéphane Roy. 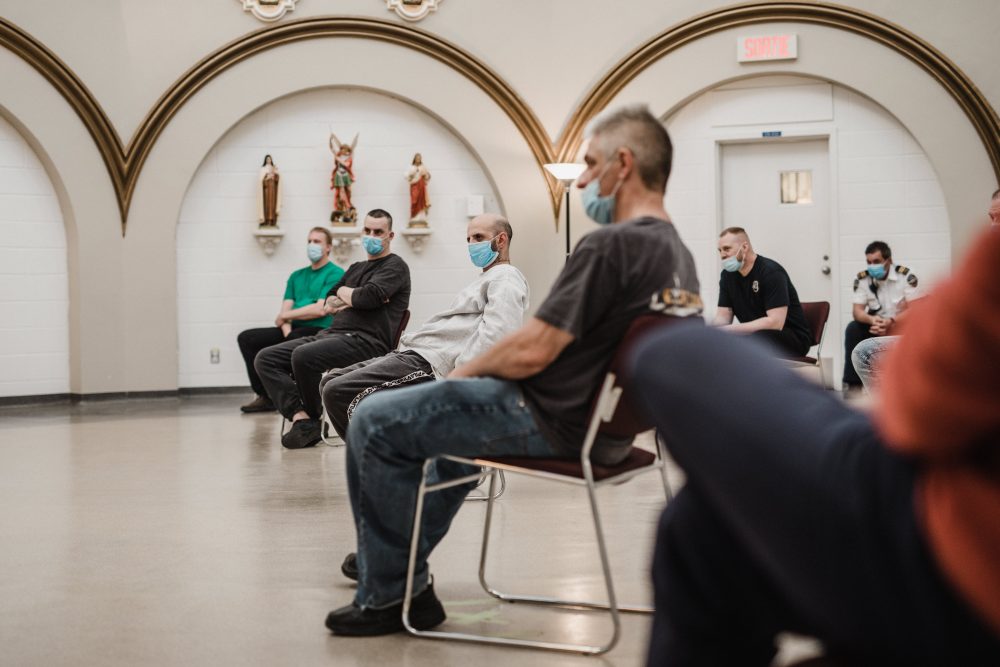 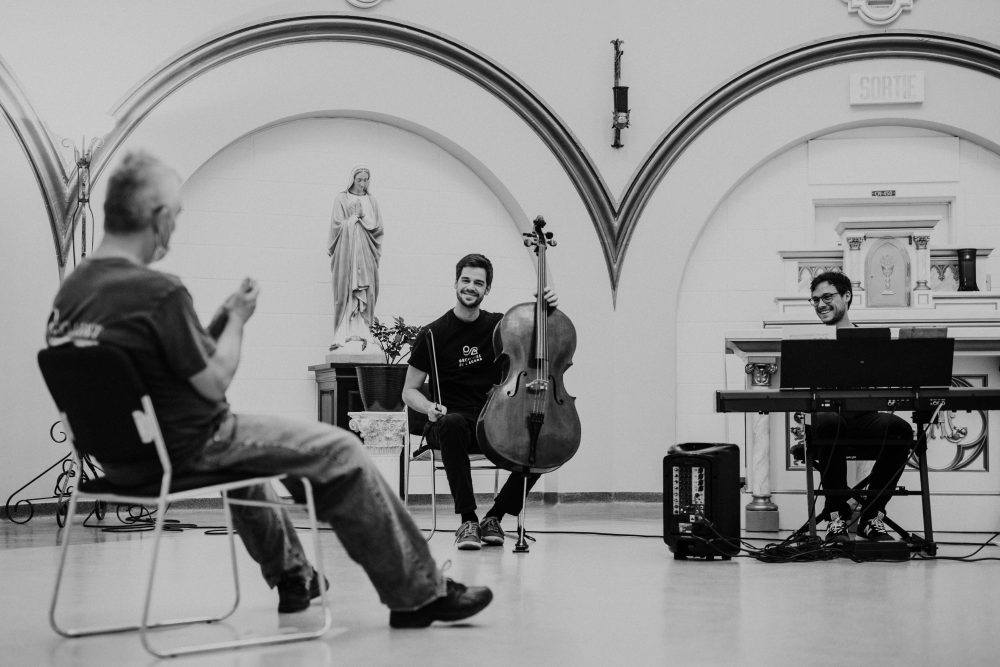 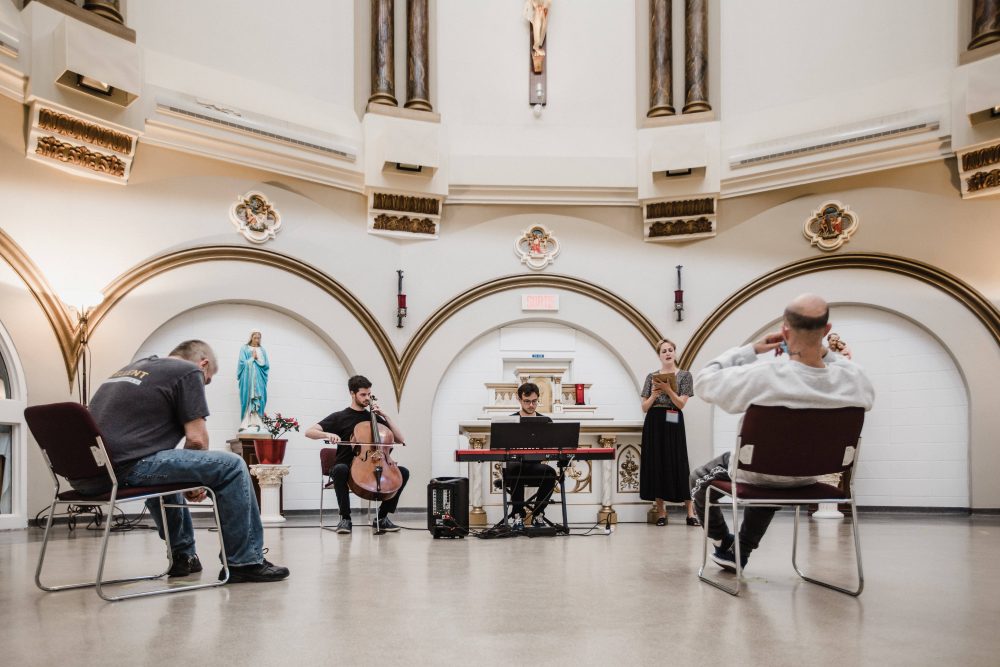 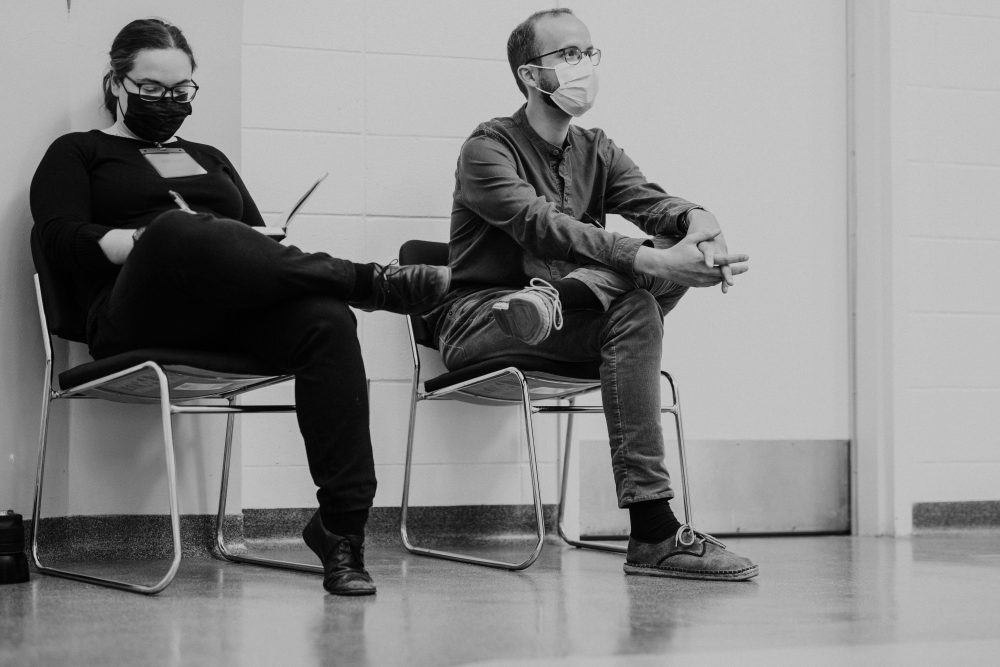 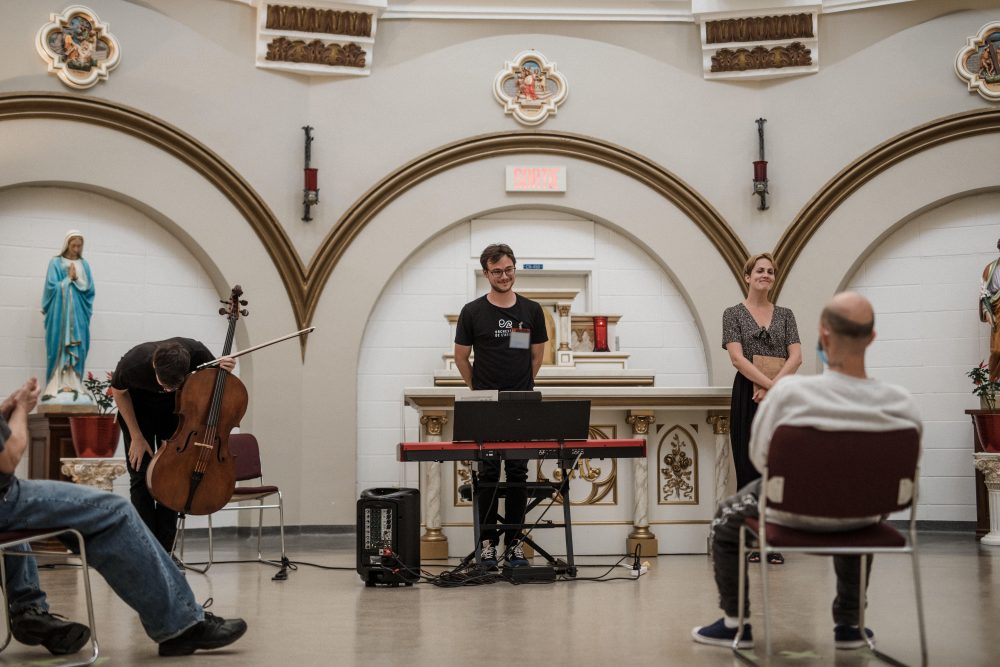 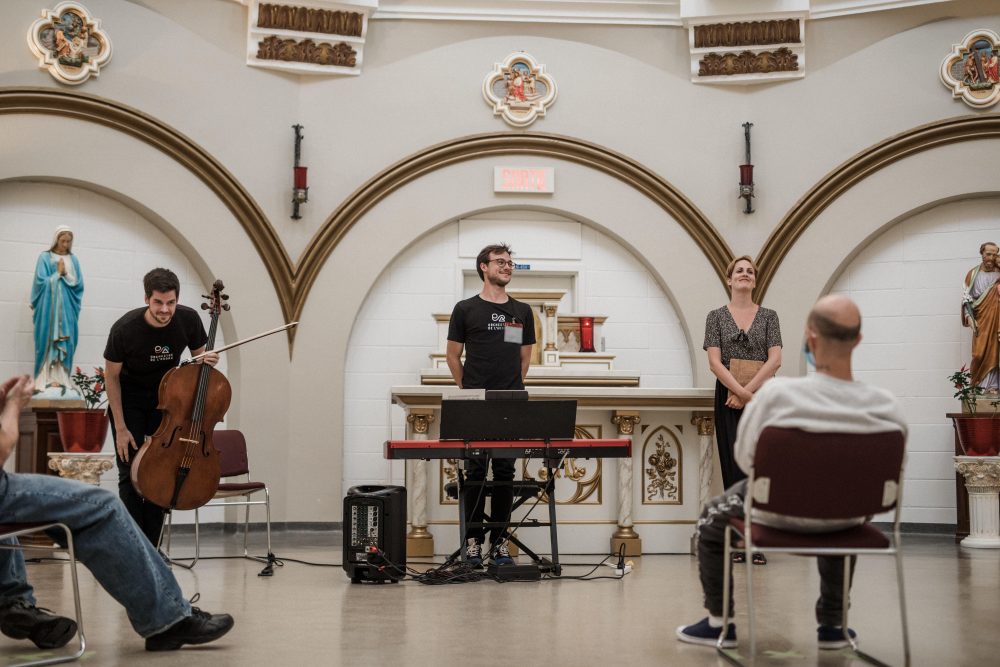 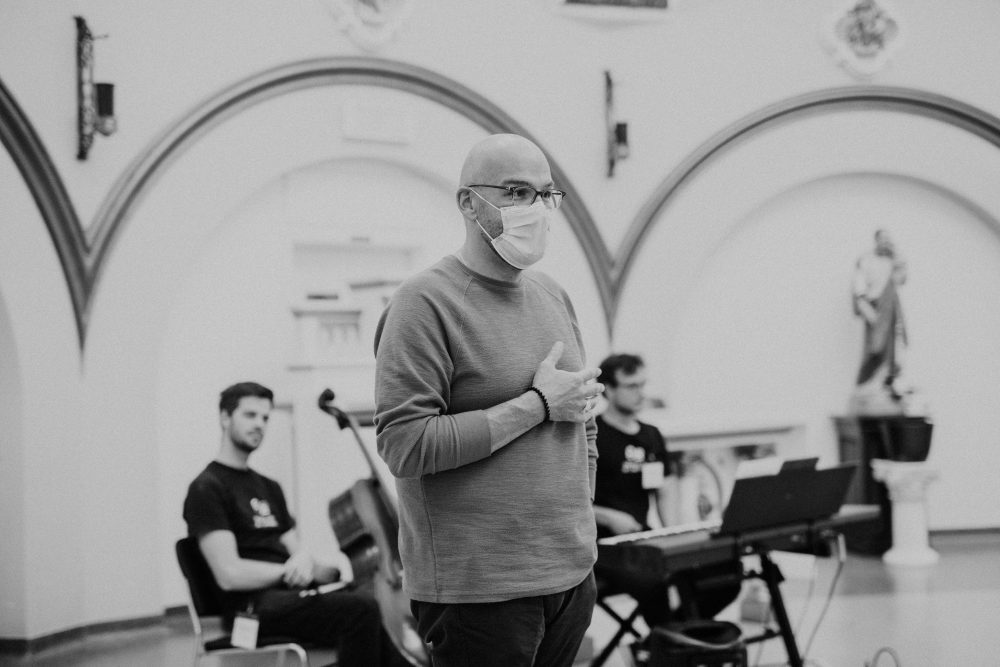 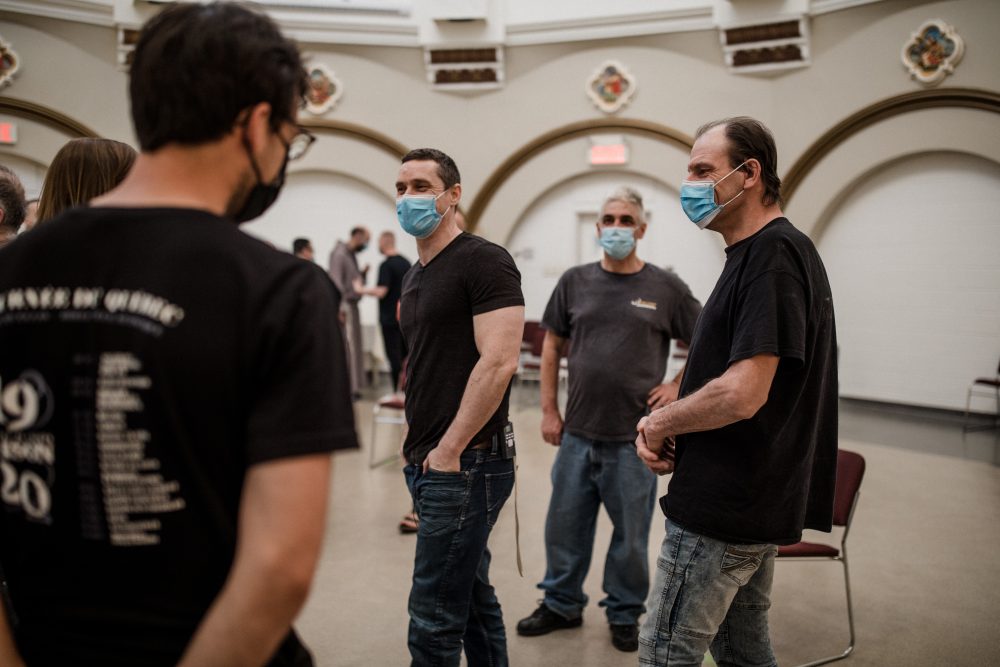 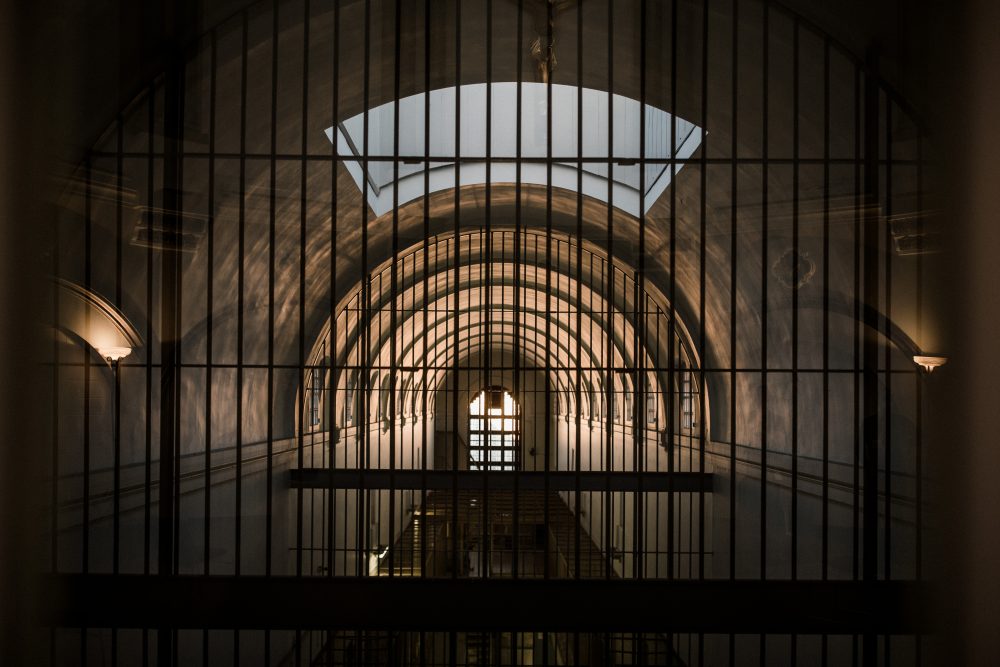